Copper wire was stolen from a business on Mary Street on April 30.

A woman was arrested for shoplifting, but her accomplice got away.

Brantford Police were called to a business on Colborne Street East on April 30 at 4 p.m. after employees saw a male and female putting merchandise in reusable shopping bags.

The male exited the store first without attempting to pay. He was stopped by an employee, but fled the scene.

The female left second, but was detained by employees until police arrived.

Officers spoke to the female, who provided false information. Officers discovered she had outstanding warrants in another jurisdiction and was bound by a court order.

A 31-year-old Ohsweken woman was charged with theft under $5,000, obstruct peace officer and breach of probation.

A male was arrested Tuesday after damaging property at his mother’s home.

A resident called Brantford Police Services just before 1:30 a.m. on Tuesday because her son had come home on Chatam Street and after an argument began to damage property and the walls of the home. The accused was arrested without incident.

A 17-year-old Brantford male was charged with mischief to property under $5,000.

A woman was arrested for drug related charges after climbing out a window.

Brantford Police officers were investigating an incident on Colborne Street on April 30 just before 7 a.m. when a woman climbed out a rear window of the residence.

When speaking to officers the female provided false information. Police discovered that she was bound by a court order with conditions she was not adhering to. Police also found her in possession of .2 grams of crack cocaine with an approximate street value of $25.

A 25-year-old Brantford woman was charged with obstruct a peace officer, breach of recognizance and possession of a controlled substance.

A Brantford youth was arrested on a school bus after residents saw him with a BB-gun.

Brantford police Services were called on May 1, just after 8 a.m. when a concerned citizen saw the student get on a school bus with a BB-gun in the area of Clarence and Sheridan Streets.

Officers located the bus and the youth with the BB-gun. Officers determined there was no threat to the safety of students or the driver.

The driver and other students were able to carry on to their schools.

An 18-year-old Brantford male was charged with possession of a weapon dangerous to the public peace.

BPS said there was no threat made by the accused to any other student, school or member of the public.

BPS would like to remind people that owning replica firearms, like pellet guns, BB- guns, airsoft guns and paint ball guns can be dangerous.

These replica firearms can easily be mistaken for a real firearm until proven otherwise. If you chose to own, please remember to use them responsibly and in a safe manner. 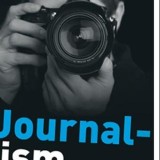 Double Break And Enter Plus Attempt

July 11, 2018
Comments Off on Double Break And Enter Plus Attempt